MP for Runnymede and Weybridge

Ben has worked for the past 10 years as an NHS doctor, specialising in mental health. He knows the challenges that many hard-working people face. Ben is passionate about mental health, especially parity of esteem between mental health and physical health, and public health measures to prevent mental illness.  He believes that the Mental Health Act needs reform, and was on one of the working groups in the recent Independent Review.

For the past 3 years Ben has volunteered for a homelessness charity in London, going out at night helping people to come off the streets, and recently was a Public Governor for an NHS Foundation Trust.

Ben went to a state grammar school in the West Midlands and attended medical school in London.  He is married and have two children.

Ben believes that everyone, no matter their background, needs great opportunities in life: a quality education, a stable job, the chance to own your home, to raise a family, and the safety net of strong public services.

"Since being selected as the candidate for Runnymede and Weybridge, the two main questions I have received are about my position on Brexit and where do I live.

I voted remain but I fully accept and embrace  the result of the referendum which was a decisive decision to leave. We must honour the referendum result, and this means that Britain must leave the European Union. I believe that not only must we get Brexit done, but we must be able to take advantage of the opportunities that Brexit offers the United  Kingdom.  I believe the Prime Minister’s deal is a good deal and achieves this, and I fully support him.

In answer to the second question I am currently looking for new place to live with my family and would appreciate any recommendations!"

Ben was elected on 12th December 2019 as the MP for Runnymede and Weybridge. 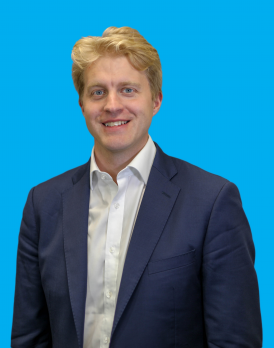