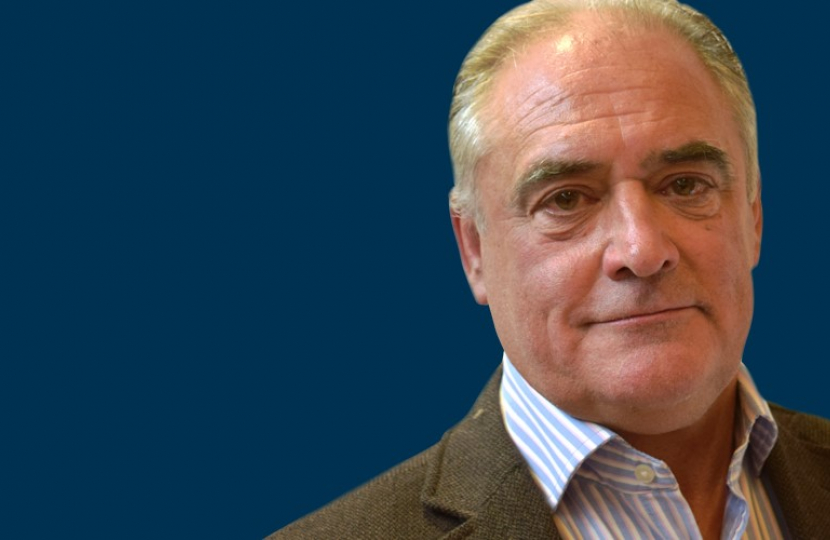 It is with great sadness that we have learned of the death of our Association president and much-loved colleague Cllr Mark Maddox, on 1 March.

Mark served the Runnymede & Weybridge Conservatives since 2016 in numerous roles, including as chairman and treasurer, where he completely reorganised our finances, and in February this year he was elected our Honorary President.

He was a Runnymede Borough Councillor for 10 years, serving the community of New Haw with dedication, warmth, and great humour.  The Association has created a memorial page for members to add their tributes.

Leading the tributes, RWCA Chairman Neva Novaky said: “Mark served his local community and our Party with distinction. He was an asset to the team – honest, results-focused, dependable, and above all a friend. I was grateful for the valuable support he provided to me in my first term as Chairman. He will be remembered for how he helped build our local Conservative association from strength to strength and be sorely missed not only by me, but all his friends and colleagues. My thoughts are with Mark’s family and friends at this difficult time.”

Dr Ben Spencer, MP for Runnymede & Weybridge, added: “This is such awful news. Mark was an amazing Councillor, community leader, and friend. We will all miss him dearly. My thoughts and prayers with his family and friends.”

Mark was elected to Runnymede Council in 2012. He served as Chairman of the Overview and Scrutiny Committee and a director of the Runnymede Borough Investment Company which was the company set up by the Council to manage the new Town Centre Developments in Addlestone and Egham.

This enabled Mark to put his business skills into public use, having worked his way up to board level in several well-known companies in his professional life.

Cllr Nick Prescot, Leader of Runnymede Borough Council, said: “Cllr. Mark Maddox was a not only a core member of the Association for many years but an integral member of the council. His dry wit, empathetic charm and ability to deliver a knock-out question in the most polite fashion will be hugely missed.

“His commercial and military careers before him were of a huge asset to him in delivering his council duties”.

Cllr Jacqui Gracey, Mark’s Branch Chairman and colleague, described him as a “loving husband, father and grandfather, at the heart of his community.” Mark was modest and understated about his community activity but made a huge impact, she said.

A minute’s silence was held in tribute to Mark at a meeting of the full Runnymede Council on Wednesday 4 March.

Our Plan for Growth

Chancellor Kwasi Kwarteng on Our Plan for Growth in the economy