Shannon Saise-Marshall was elected to represent Chertsey Riverside Ward at the 2022 Local Elections.

She describes herself as a 'proactive and assertive Chertsey resident' who will fight the corner of her community and is particularly keen to preserve Chertsey's heritage and greenspaces.

Shannon is chair of a Royal British Legion branch and a military spouse, who is the winner of CBF South Atlantic Islands commendation for services to welfare.

She says, "I have been volunteering throught the pandemic, assisting residents with shopping, prescription collections, and lending a hand at the vaccination roll-out at Chertsey Hall. As your local councillor I will work tirelessly for all our residents."

Her top three manifesto pledges were: 1) protecting the local environment and clamping down on flytipping; 2) progressing the flood alleviation scheme to protect Chertsey residents; 3) taking pride in Chertsey and supporting local shops as well as scrutinising local development for its appropriateness.

Dr Ben Spencer, MP for Runnymede & Weybridge, describes Shannon, who has prior experience as a Chertsey councillor, as a "vocal and determined community champion" adding: "I have no doubt she will be a force at Runnymede Borough Council on behalf of Chertsey Riverside residents." 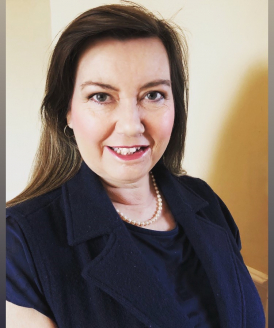