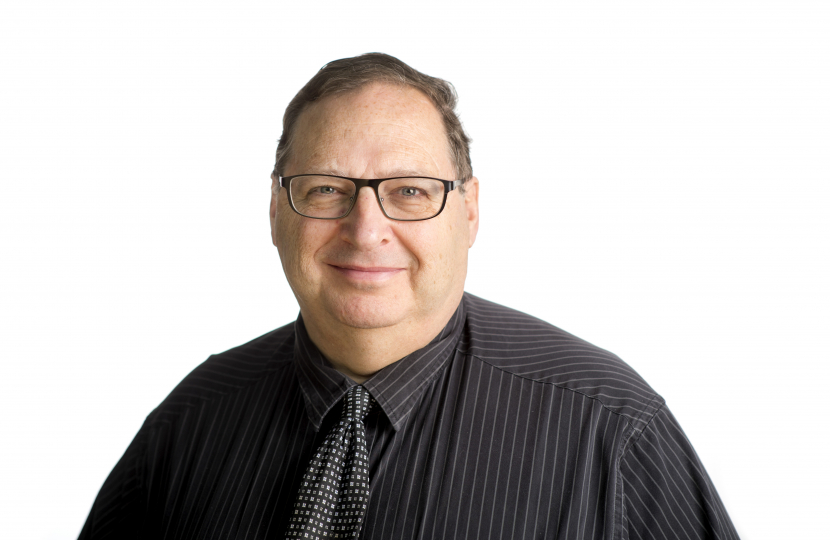 Neill Rubidge is a church bell ringer and occasional preacher who will ring the changes in Longcross, Lyne and Chertsey South.

He explains, "At the moment the ward is represented by the Liberal Democrats. I believe a Conservative councillor could deliver more for residents as I will be a voice for our community within the majority group at Runnymede Council and I will also be working closely with the Conservative MP and Police and Crime Commissioner to provide a joined up service."

Neill's top three priorities for Longcross, Lyne and Chertsey South are 1) to always listen to local views on planning and resist local development; 2) to persuade Runnymede Council to adopt a zero tolerance approach to crime and antisocial behaviour; and 3) to get on with updating the A320.

He will also work with local borough and county councillors to oppose the construction of the medical waste incinerator on land adjoining Trumps Farm, and says "We don't want the pollution or the extra traffic."

Neill is a local resident who holds a degree in mathematics and previously worked as a computer programmer on civil and military projects. He spent 20 years in the Territorial Army, reaching the rank of sergeant, and does charity work for the Royal British Legion and District RNLI. Neill is also a trustee of Gogmore Park Youth Club.

Local county councillor Jonathan Hulley says, "I am delighted to support Neill and commend him to the residents of Longcross, Lyne and Chertsey South. Neill is an experienced local campaigner, who will be an effective councillor. I know that he will gets things done and I look forward to working with him."

Our Plan for Growth

Chancellor Kwasi Kwarteng on Our Plan for Growth in the economy