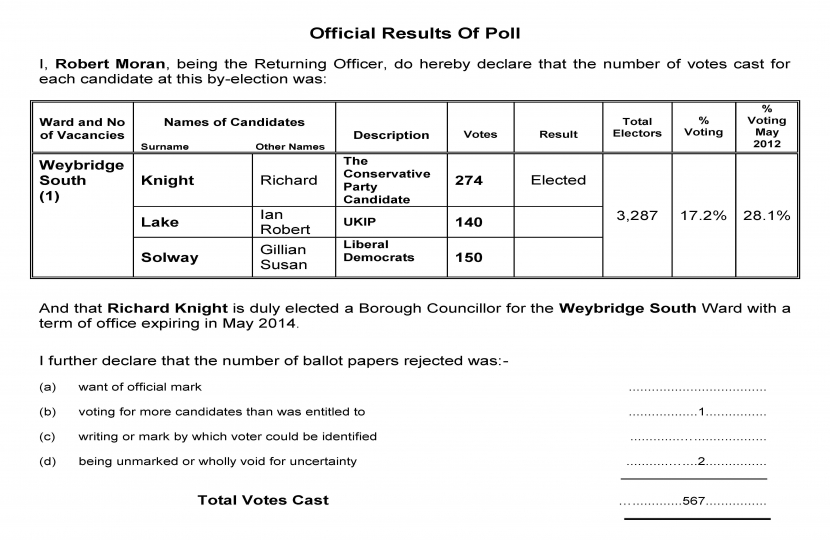 The Conservatives are celebrating  retaining their seat in Weybridge South.

Richard Knight, Conservative Candidate, with 274 votes, beat the Liberal Democrats, who were second with 150 votes, and UKIP in third with 140 votes.

The by-election took place due to the recent resignation of Simon Dodsworth.

Weybridge South has a total electorate of 3,287.

Richard said: "It is quite humbling to be honest. There have been a lot of people out there working for me. It has been a learning curve and fantastic to find streets I didn't know existed and meeting people.

"It is only nine months and I have a steep leaning curve and it will be fascinating to see how the council works."