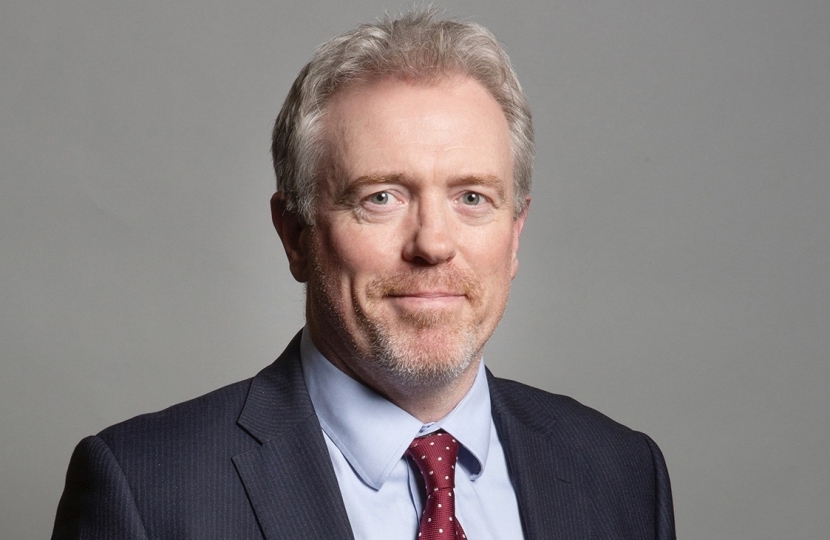 We are pleased that James Sunderland, MP for Bracknell, is the speaker at our first political supper of 2020.

James was elected as the Member of Parliament for the Bracknell Constituency in 2019.

He was educated at the Royal Grammar School in Guildford, the University of Birmingham (BA) and at Kings College London (MA). James spent much of his adult life working and living in the Aldershot, Camberley and Bracknell area. In 1993 he was commissioned into the British Army from the Royal Military Academy at Sandhurst and served for 26 years as a Regular officer, only leaving in 2019 to stand as a Parliamentary candidate.

James’ service consisted of continuous Regimental Duty and staff appointments from 2Lt to Col. His operational tours included Iraq, Bosnia and the Falklands. He has lived in snow holes on the NATO Northern flank in Norway, fun complex Army change programmes, delivered humanitarian operations in Africa, overseen Theatre drawdown operations in Iraq and planned the multi-national contribution to Afghanistan with the Omani, Danish, Estonian and Macedonian Governments.

Most recently James served as Commander of the Army Engagement Group, responsible for high-level engagement with Ministers, MPs, Lord Lieutenants, High Sheriffs, Councillors and societal gate-keepers on behalf of the Army Board.

Full booking details are included in the flyer below.